Whisper it: we were the Dubs secret weapon on their march to glory

About the Client and Campaign

Together, we delivered an on air weekly seasonal special, the AIG Dub Hub, to all true blue supporters. Read on to see how it went down a storm!

Every Friday night during the championship season, we disrupted FM104’s normal schedule to bring Dublin GAA supporters a half hour Dub Hub special.

Eamonn Fennell previewed the 2017 All Ireland final by giving Hazel Nolan a behind the scenes tour of Croke Park.

Rob Hanrahan won a 2016 promotion to blog about the Dubs journey to championship glory.

Rob boosted his writing with live updates from games on Twitter.

A once in in a generation team. 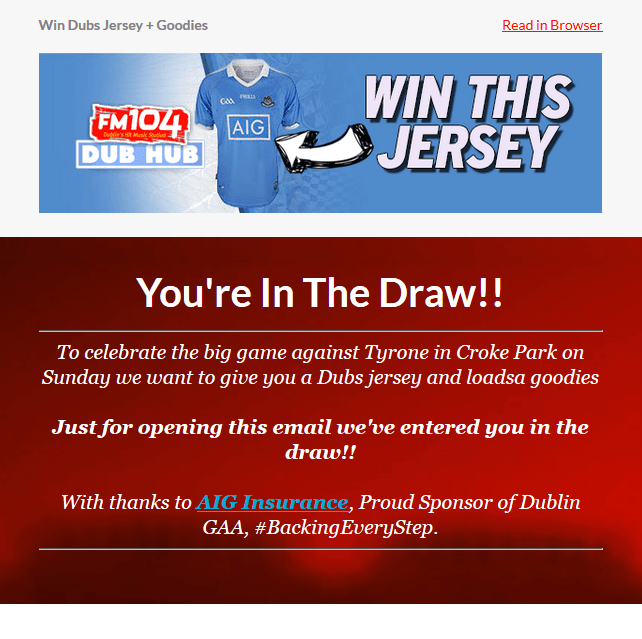 ? See more of my recent work